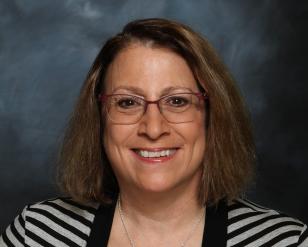 Schulz 3051
Available By Appointment Only

Professor Cominsky grew up in the snows of Buffalo, New York, and attended college at Brandeis University, where she studied Chemistry and Physics. After graduating from college, she worked at the Harvard-Smithsonian Center for Astrophysics, analyzing data from the first X-ray astronomy satellite, Uhuru.  When she found out that she could get paid for studying black holes, she went to graduate school in physics at MIT, and after getting her PhD there in 1981, she moved to California. She has been on the faculty at Sonoma State University for over 35 years, and chaired the Department of Physics and Astronomy for 15 years before stepping down in 2019. She is also the director and founder of SSU's EdEon STEM Learning Center, formerly known as the Education and Public Outreach group. EdEon is involved in programs that build rocket payloads and CubeSats, as well as developing and testing STEM curricula and other education products. EdEon also runs a robotic telescope north of campus that can be used over the internet by high school and college students nation-wide. On a personal note, she and her husband, who is also a physicist, live at the Little H-bar Ranch in Petaluma, where they are the servants to three horses, two miniature horses, two cats, seven chickens, a three-legged goat, one rabbit and one dog.

Lynn Cominsky is an award-winning Professor in the Physics and Astronomy Department at Sonoma State University (SSU), where she has been on the faculty for almost 35 years. She is an author on over 200 research papers in refereed journals, and the Principal or Co-Investigator on over $33 million of grants to SSU. Prof. Cominsky is the founder and director of SSU’s Education and Public Outreach Group (now renamed EdEon STEM Learning), which develops educational materials for NASA, NSF and the US Department of Education. The group excels at K-12 teacher training, curriculum development, and the development of interactive web activities for students that teach math and science. In 1993, Prof. Cominsky was named SSU’s Outstanding Professor, and the California Professor of the Year by the Council for the Advancement and Support of Education. In 2007, she was named a Fellow of the California Council on Science and Technology, in 2009, a Fellow of the American Physical Society and in 2013, a Fellow of the American Association for the Advancement of Science. Recent awards include the 2016 Education Prize from the American Astronomical Society, the 2016 Wang Family Excellence Award from the California State University and the 2017 Frank J. Malina Education Medal from the International Astronautical Federation. In 2019, she was selected as one of the first 200 Legacy Fellows named by the American Astronomical Society. Cominsky’s most recent project is:  NASA’s Neurodiversity Network (N3):  Creating Inclusive Informal Learning Opportunities Across the Spectrum. N3 is part of NASA’s Science Activation 2.0 program, which began in January 2021. N3’s goal is to provide a pathway to NASA participation and STEM employment for neurodiverse learners, with a focus on those on the autism spectrum.