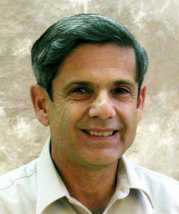 Joe Tenn was born in Los Angeles and educated at South Gate High School, Stanford University and the University of Washington. Between his undergraduate and graduate years he taught high school mathematics and physics as a member of the first group of Peace Corps Volunteers in Ethiopia, which he revisited in 1995.

Dr. Tenn taught in the Department of Physics and Astronomy at Sonoma State University from 1970 to 2009. He enjoyed teaching courses in mechanics; modern, mathematical, statistical, and quantum physics; introductory astronomy, cosmology, and astrophysics. He taught more than 5000 students, approximately half of them in Descriptive Astronomy. He directed the What Physicists Do public lecture series, which he founded in 1971, for 63½ semesters.

He has been active in the Astronomical Society of the Pacific (ASP), and served for twelve years as a member of its History Committee, which he chaired from 1993 to 1999. He has written more than 50 articles on the modern history of astronomy, most of them profiles of winners of the ASP's Catherine Wolfe Bruce gold medal for the Society's magazine, Mercury. His biographies of the Bruce Medalists and a list of his publications are available online. He served as an associate editor of the Journal of Astronomical History and Heritage from 2008 through 2015.

He is a member of the the American Astronomical Society (AAS) and its Historical Astronomy Division (HAD), the American Physical Society (APS), and the Astronomical Society of the Pacific (ASP). He was a long-time member of the American Association of Physics Teachers (AAPT) and its Northern California/Nevada chapter, which he served as president in 2004-05, and Physics In Our Neighborhood (PION), a local alliance of physics teachers which he coordinated from its beginning in December 1994 until September 2004. He served as secretary-treasurer of HAD from 2007 to 2015.

His main current activity is directing the Astronomy Genealogy Project, which he founded. “AstroGen” is an attempt to catalog the world’s Ph.D. astronomers with their highest degrees, theses, advisors, dates, and links to their pages or obituaries and to their theses if these are online.

Dr. Tenn chronicled the achievements of the Department's graduates from 1974 to 2020 and is always happy to hear from them.

Dr. Tenn retired in May 2009. He presented a summary of his career in the last lecture of the Spring “What Physicists Do” series.